Originally published through The Villages Daily Sun by Michael Fortuna

It may not have been cold, but with a little magic, cloudy skies seemed to provide a bit of snowfall on Brownwood Paddock Square during the Tree Lighting Festival held Saturday night. The artificial flakes came from a nearby snow machine, helping to enhance the fun of the event sponsored by The Villages Entertainment. It’s also when Santa and Mrs. Claus officially powered up the first of three Christmas trees in The Villages. White lights illuminated the tall tree decorated with gold bows, and red and gold stars and globe ornaments.

Prior to the lighting, resident vocalist Billie Thatcher led the crowd in a sing-along, performing “We Need a Little Christmas,” “Rockin’ Around the Christmas Tree” and “Jingle Bell Rock.” The audience waved glow sticks or cell phone flashlights.

Thatcher has been a part of the Tree Lighting Festival for about 20 years.

“I feel honored to be the one who does it,” Thatcher, of the Village of Springdale, said before the festival. “For me, it’s like singing to 5,000 of my closest friends. That’s the biggest crowd I’ve ever sung to in my life.”

A few hours earlier, the young and young at heart visited Santa’s Village to say hello to Santa and Mrs. Claus, and maybe let them know what they’d like for Christmas.

Roxane Shappy brought her grandchildren, Oscar Whelan, 4, and Evelyn Whelan, 3, to the festival, where they met Santa and had members of Clown Alley 179 paint Evelyn’s face and Oscar’s arm. The Whelan family is visiting Shappy from Philadelphia to get in an early Christmas visit.

“My house has been decorated since mid-November,” said Shappy, of the Village of Pennecamp. “Christmas is my favorite holiday.”

With Slickwood providing the music from the Dog Trot Porch throughout the night, several resident performing groups dazzled the audience with their talents, whether it was a couple from All That Ballroom dancing to “The Prayer,” or the Prime Time Twirlers dressed as toy soldiers dancing with drill rifles, flags or batons.

“The crowd loved it,” said Prime Time Twirlers captain Elin Jones, of the Village of Mallory Square. “We’re bringing in the Christmas spirit. It’s so fun to celebrate the first tree lighting.”

Mystic Jewels moved their hips to a variety of songs, from Michael Buble’s rendition of “Feeling Good” to Eartha Kitt’s “Santa Baby” to the Trans-Siberian Orchestra’s “Christmas Eve (Sarajevo 12/24)” to an a cappella version of “Jingle Bells.”

“I’m glad it didn’t rain,” Village of Hemingway resident Kay Kern said after the group’s performance. “I enjoy making everybody smile. Getting dressed up is fun.”

Throughout the event, Clown Alley entertained the masses with its zany antics. Members also made balloon animals and painted children’s faces.

Lori “Bouncie” Zulauf planned on being at all three Tree Lighting Festivals.

“I love seeing all the people, telling jokes and doing silly magic,” said Zulauf, of the Village of Amelia. “It gets me in the Christmas spirit.”

She was decked out in Christmas colors, complete with a red dress, a necklace of Christmas lights and a small wrapped box on top of her head.

“I get a little bit (of the costume) here, a little bit there, then I put it together,” Zulauf said. Zulauf, who has been a part of Clown Alley for four years, has a special magic trick where she can take two separate balloons, put them in her pocket, and with a magic word, makes them tied up. She pulls out a small package of Tide detergent.

The holiday spirit will continue throughout The Villages when the Tree Lighting Festival heads to Lake Sumter Landing from 4 to 9 p.m. Nov. 29, then Spanish Springs Town Square from 4 to 9 p.m. Dec. 2. Both events are free and open to the public. 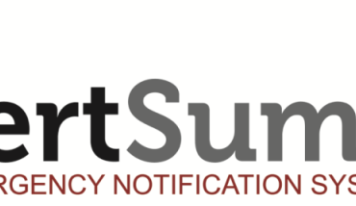 Sign up for Alerts & Weather Emergencies in Sumter County 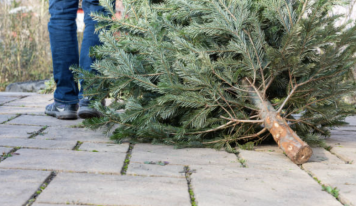 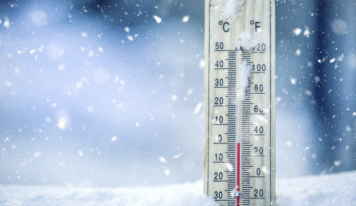